Link to the publisher ’s website to order the book Traumasexuality 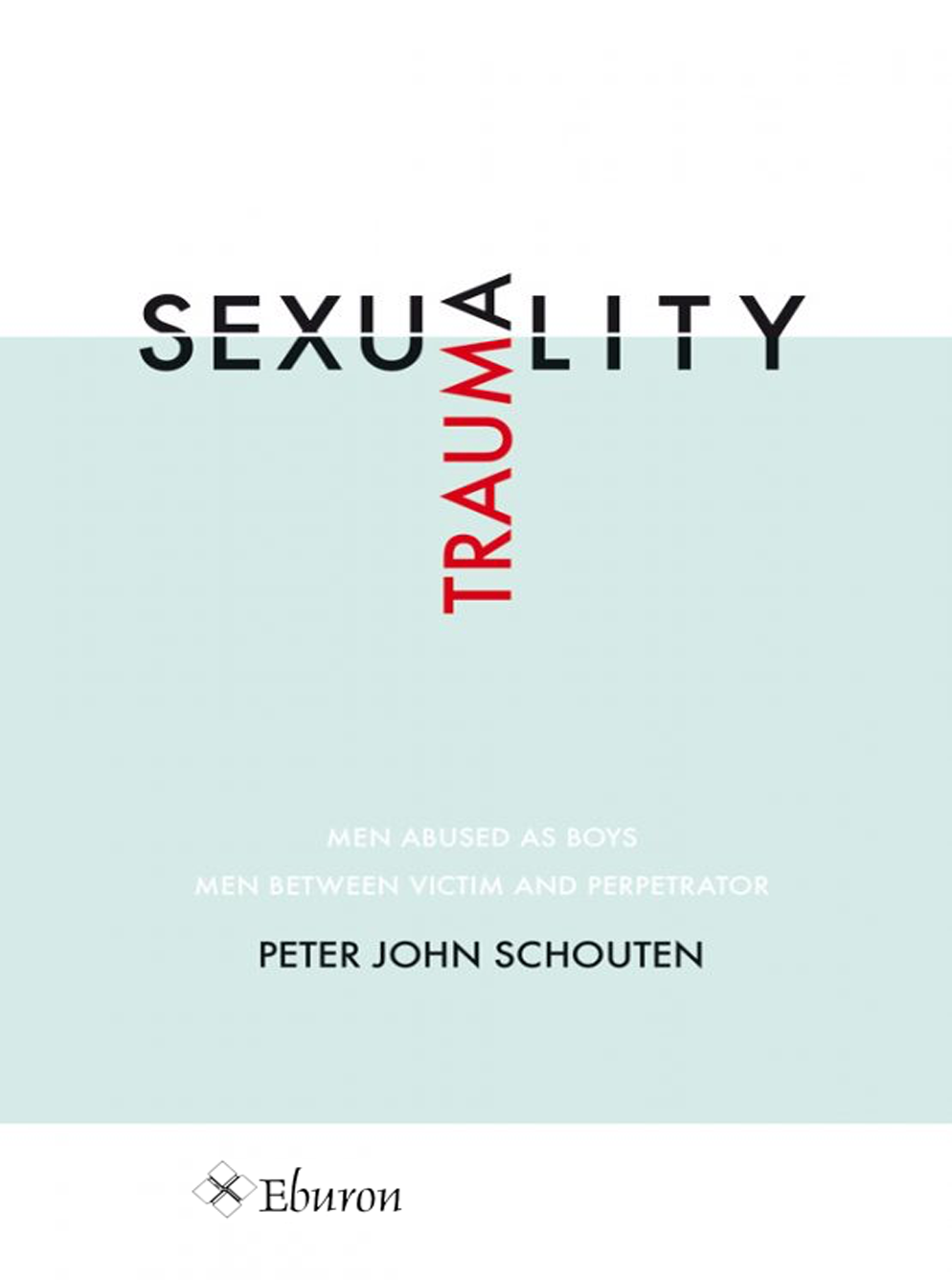 men abused as boys
men between victim and perpetrator

Traumasexuality concerns the lives of men who were sexually abused as boys. Everyone finds sexual abuse very upsetting. However, if you ask the question what makes it so bad, very few people can say anything sensible about it. Once you have read this book, you will be an expert in this subject. You will acquire new insights and have a precise vocabulary for naming the details.

In these times everyone knows you can contract lung cancer from smoking. But in the past, we did not know that, and smoking was cool. My intention, through this book, is that everyone learns that you suffer mental paralysis as a result of sexual abuse.

The terms traumasexuality and mental paralysis provide a new perspective on the damage caused by sexual abuse. Men who have been sexually abused, only see when they reflect on their lives how the abuse has determined every facet of it. This book provides a detailed answer to what happens to a boy at the moment he is sexually abused by an adult. In just a matter of seconds he is dealt a whole range of shocks.

Read about the influence that this moment has on the rest of their lives. How the sexual imprint of the perpetrator can be seen in Traumasexuality and the paralytic power of the perpetrator in the Mental Paralysis. As a partner, you sometimes do not realise that with a sexually abused man you have entered a triangular relationship with him and his perpetrator. You can do a lot as a partner. But read here what you must avoid doing.

Processing sexual abuse is possible. This is hopeful, but it demands a lot of work. The entire process is explained here with all the obstacles you may encounter. You have to banish the perpetrator’s control, otherwise you will carry a trauma with you your entire life that is sexually attractive.

Traumasexuality is a must-read, because it provides an exceptional perspective on the inner damage that sexual abuse inflicts on boys. This book will take you to a world you do not know and one you really do not want to venture into.

What makes this book so extraordinary is that the accounts and descriptions in the book have not just originated from psychotherapeutic practice conversations with men but most especially from psychodrama sessions. In a psychodrama session the client’s inner world is put on stage. The motivation for the behaviour is exposed and the deeper subconscious layers that are connected with this are revealed.

Feelings frozen in, for example, powerlessness, disgust and desire are shown in context. During this, the perpetrator always makes his entrance. He has apparently, without the man being aware of it, always steered the motivation for feelings and actions. The absent witness for the abuse, who can still appear in the scene, initiates the healing process.

Peter John Schouten (Sydney, 1953) is a Psychodrama Therapist and a Psychotherapist (European Registered). He has worked for thirty years as a counsellor with the target group men sexually abused as boys, in individual sessions, group therapy and workshops.

His own sexual abuse at a very early age and the enormous amount of information from all the men who shared their accounts in his practice have resulted in in–depth knowledge and many new insights into the sexual abuse of boys.

With this book he introduces new boundaries and terms that could result in the earlier recognition of sexual abuse in boys and men. A sensible approach, recognition of the damage and expert help for this target group would benefit society as a whole.

Harry’s review of this book  on Goodreads.com

I found my own awareness on the subject deepened in many ways after reading this new book from Netherlands author and therapist Peter John Schouten. Written in a sometimes formal and sometimes more conversational manner, he describes how the first second of abuse leads to a fragmentation, tearing the individual part and leading to a life dominated by mental paralysis, confusion, dissociation and traumasexuality. To go on living amidst this broken-ness, addiction becomes the norm and is very difficult to interrupt. For survivors, 12 step groups are certainly not enough.

Many victims of sexual abuse, of all genders and sexualities, admit that although they come to more peace in therapy, the deeper effects of trauma on their sexuality are not addressed. Traumasexuality gives a name to the driven-ness and sometimes alien feel to the sexuality of both men and women abused (or even overwhelmed by inappropriate sexual exposure and lack of boundaries) as children, where powerlessness is eroticized and disconnected from cognitive processes.

An important point that the author makes is that sex between adults is private, whereas sex between adults and children is a matter that must concern us all. It damages the lives of not just survivors, but of their partners and families. It is not meant to be hidden, or dissociated or left to experts. It concerns each and every one of us, as a moral and societal issue. It cannot be punished away by violence and polemics – the wounds of all need to be addressed.

After reading this book, I feel I have added some important ideas to my knowledge of sexual trauma and post-traumatic sexualities. It is an important addition to our general understanding and trauma literature, and will hopefully be one of the many excellent publications in this field that will lead to continued improvements in accessibility to appropriate care for those historically consigned to live lives of misery, helplessness and despair following their childhood violations.

We may request cookies to be set on your device. We use cookies to let us know when you visit our websites, how you interact with us, to enrich your user experience, and to customize your relationship with our website.

Click on the different category headings to find out more. You can also change some of your preferences. Note that blocking some types of cookies may impact your experience on our websites and the services we are able to offer.

These cookies are strictly necessary to provide you with services available through our website and to use some of its features.

Because these cookies are strictly necessary to deliver the website, refuseing them will have impact how our site functions. You always can block or delete cookies by changing your browser settings and force blocking all cookies on this website. But this will always prompt you to accept/refuse cookies when revisiting our site.

We fully respect if you want to refuse cookies but to avoid asking you again and again kindly allow us to store a cookie for that. You are free to opt out any time or opt in for other cookies to get a better experience. If you refuse cookies we will remove all set cookies in our domain.

We provide you with a list of stored cookies on your computer in our domain so you can check what we stored. Due to security reasons we are not able to show or modify cookies from other domains. You can check these in your browser security settings.

We also use different external services like Google Webfonts, Google Maps, and external Video providers. Since these providers may collect personal data like your IP address we allow you to block them here. Please be aware that this might heavily reduce the functionality and appearance of our site. Changes will take effect once you reload the page.